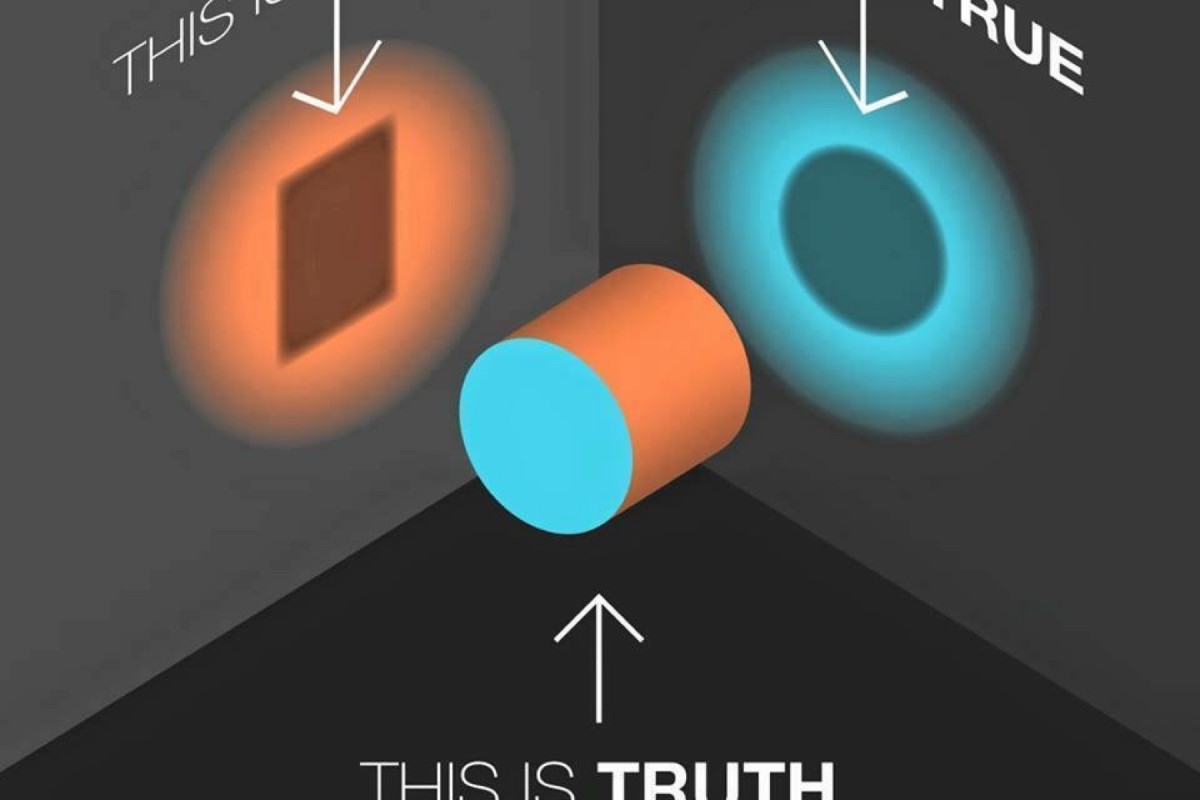 As a non-cognitivist, I don’t believe in Truth, so I am not entirely sure why it matters enough to me to continue to write about it. I suppose I’m an Emotivist and Prescriptivist, if these terms capture the essence of my feelings. The Emotivism is what attracts me to an issue whilst Prescriptivism is why I feel the urge to transmit my beliefs. I’ll also suppose, if I adopt an evolutionary survival framework, that people do this to enhance probability of survival by minimising otherness. It also identifies me to those with a similar perspective. The inherent risk is that this attempt at community building also broadcasts my potential—and let’s be real here, actual—otherness.

In practice, I’d venture that most people simply take the notion of truth for granted, and given an inquiry would defend it with an ‘of course it’s true‘ with no need for additional justification. But as with human language more generally, Truth is an approximation of a notion. I like to categorise it as Archetypal.

The issue with Truth and other virtues and (pretty much everything not analytically tautological), is that people seem to believe that they operate asymptotically, but the truth is it’s not that simple. I wonder if some actually believe that it is even more approachable than even asymptotic.

I am self-aware that employing the language of maths and science is a problem adopted for many in philosophy, as they attempt to legitimatise a position by explaining it into the currently adopted meta-narrative framework. I also know that by adopting this frame, I (or anyone in a similar position) am (is) twisted into convoluted knots. This is how science had been forced into retrograde motion models to explain a geocentric model of the universe, but when the paradigm was shifted to a heliocentric model, these off behaviours fell by the wayside. I suppose a superior approach would be to redefine the language and deposition the frame, but that’s easier said that done.

The common assumption is that, over time, scientific inquiry will lead us closer to the truth. Correspondence theory supports the notion that more observations and perspectives will lead to a closer approximation, and eventually tools at our disposal will lead to more granular definitions, until we reach a point that and differences in the tangency to reality will be insignificant, a veritable rounding error. But there are several problems with these assumptions.

We have no idea how close or far we are from Reality on the Y (Truth) axis.

Assuming for the time being that there is an approachable truth, we have no reference to understand how close to reality we might be. In practice, we seem to operate on a basis of always being within some level of statistical significance of where Truth = Reality, and when new information is introduced, we say, “Hooray for Science!” Aren’t we glad that science is self-correcting. And Empiricism has its own issues.

Historically, we’ve had ‘wrong’ correspondence between Truth and Reality, but then we got it ‘right’—until we didn’t.

We may all know how Einstein progressed and refined Newtonian physics. What Einstein did is to create a new narrative—a synchronous shift of paradigm and rhetoric—, which has been accepted into a new orthodoxy. In our mind, this feels like progress. How close are we to the real truth?

Taking our understanding of gravity or of the fabric of space-time, we still have no idea what’s going on or how it operates, but this doesn’t prevent us from accepting it as a black box and making pragmatic predictions from there. So, for all intents and purposes, the ‘truth’ mechanism is less important than the functional relationship, just as I can tell time on a watch I have no idea how it operates.

We have no idea if any changes to our perception move us closer to or further from Reality.

Rather than being asymptotic, perhaps the relationship to is polynomial (or the result of some stochastic function). See the graph above. As we move into the future (in red) and look back, we may perceive that we’ve reversed against some notion of progress. Common wisdom is that progress is directly, positively related to time. But is it?

In my first amendment, I reference how Einstein progressed and refined Newtonian physics, but in the future, this could be shown to be wrong. In our minds, what had seemed like progress may in retrospect turn out to have been a false assertion.* Moreover, we’ll dutifully accept this updated notion of truth if the rhetoric is sufficient to fit our concept of evidence, especially given humans’ propensity for pareidolia.

Taking our understanding of gravity as the fabric of space-time, we still have no idea what’s going on or how it operates, but this doesn’t prevent us from accepting it as a black box and making pragmatic predictions from there. So, for all intents and purposes, the ‘truth’ mechanism is less important than the functional relationship, just as I can tell time on a watch I have no idea how it operates.

I am no true Sceptic, but neither do I accept the prevailing meta-narrative whole cloth. Unfortunately, I am in no better position than the next to discern proximity to the underlying structure of reality.

Rhetoric is a primary driver to fashion our sense of how close or distant we are from reality. Rhetoric shapes and focuses the frame.

War Is Peace, Freedom Is Slavery, and Ignorance Is Strength

I’ve already commented at length about the primacy of rhetoric. To recap for the purpose of this disquisition, the only meaningful arbiter of truth is rhetoric—the ability to persuade the larger populace to accept something as true.

Here, I’d expect someone to counter with, ‘Just because people are convinced that something is true doesn’t make it so’, and they’d be right. However, as we cannot access the underlying reality accept through our admittedly fallible senses, who’s to argue?

Moreover—going off on a tangent—, we know that other lifeforms—let’s stick with the animal kingdom—have different senses than humans, and some humans perceive things differently to the normie (if I may adopt a spectrum term) .

Sharks have electroreception (re: The Ampullae of Lorenzini), which allows them to perceive small changes in electrical fields as well as what’s termed a lateral line ( mechanoreceptor function), which allows them to recognise changes in environmental pressure. Other known sensory adaptations are echolocation in bats and dolphins and chemoreceptors (notably in insects and snails).

We are probably also aware that different animals have differing degrees of sense acuity compared to humans. Dogs hear frequencies above the human threshold and have better olfactory discrimination. Birds of prey have superior vision. Women typically have a broader colour vocabulary.

Bees see in ultraviolet; snakes can ‘see’ in infrared; owls have night-vision.

And then there’s synesthesia, a condition in which one sense is simultaneously perceived as if by one or more additional senses. A person with synesthesia may perceive sound as colour (chromesthesia) or perhaps taste.

Given concepts of normality, we presume we are synesthesia are normal and these other people are somehow not, but for all we know, we normies are evolutionary dead ends, soon to be displaced by synesthesiacs. (Is that even a word? It is now.)

Intent in communicating perception does not get one closer to some corresponding reality. It merely diverges perception.

This fourth entry is a response to this comment by Landzek from The Philosophical Hack regarding the notion of intended truth in communication.

Extending the simple asymptotic function from the first amend, we might see (in Graph 4a) a slight variation in interpretation due to the insufficiencies of language—providing us with a close enough for the government approximation to some shared perception. People in this group will tend to agree on some perception, say, that the earth is spherical.** The average distance from perception to reality is the same for all in-group members, give or take some small variance that I’ll dismiss as an insignificant rounding error.

Each in-group has some variance from the mean notion, but ex-group members are orders of magnitude apart, as measured by the blue and red bars to the right of the chart. If we assume some binary condition that the earth is either spherical or flat with no other options, one of these might be considered to be right whilst the other would be wrong. We can establish this situation relative to the ex-groups, but, still, neither of these is comparable to Reality™ .

The intent of each group may be to promote the perspective of the group—each claiming to be closer to the truth than the other. It is easy to imagine a situation where both claimants are equally distant from the truth:

I’ll go out on a limb here and create a reality where the future is not predictable by either measure, irrespective of what each in-group believes.

* I am not versed well enough in the history of science, but I’d be interested to know which, if any, scientific advances have been a step ‘backward’, that a belief had overtaken a prior belief only to have reverted to the former.

I am aware of the slow march of science and the ignorance of possibly valid assertions simply because the rhetoric was not strong enough or the PR just wasn’t adequate. An example might be the debate of theoretical Democracy versus Communism: which is better than the other. Of course, there are too many dimensions to consider, and the adoption or exclusion of one dimension over another might be enough to tilt the outcome.

In the real world—see what I did there—, the US spend billions upon billions of dollars to interfere with Communism—and I am not taking a position whether it would have succeeded or failed on its own terms—, just to be able to knock down the strawman some century later though propagandising and disinformation campaigns.

** I understand that the earth being an oblate spheroid is primarily an analytical distinction, so is tautologically true, but I am using a simplification of a commonly accepted fact.

DISCLAIMER: In order to keep generating new content (or even content) on this blog, I will occasionally adopt a new approach of publishing unfinished thoughts instead of waiting to complete the thought. This means, I may be editing pages in place to correct my position and alter narrative flow, of not the narrative itself.

EDIT: I’ve included my amendments in line above, though I’ve retained links to the original content.

18 thoughts on “The Truth about Truth”