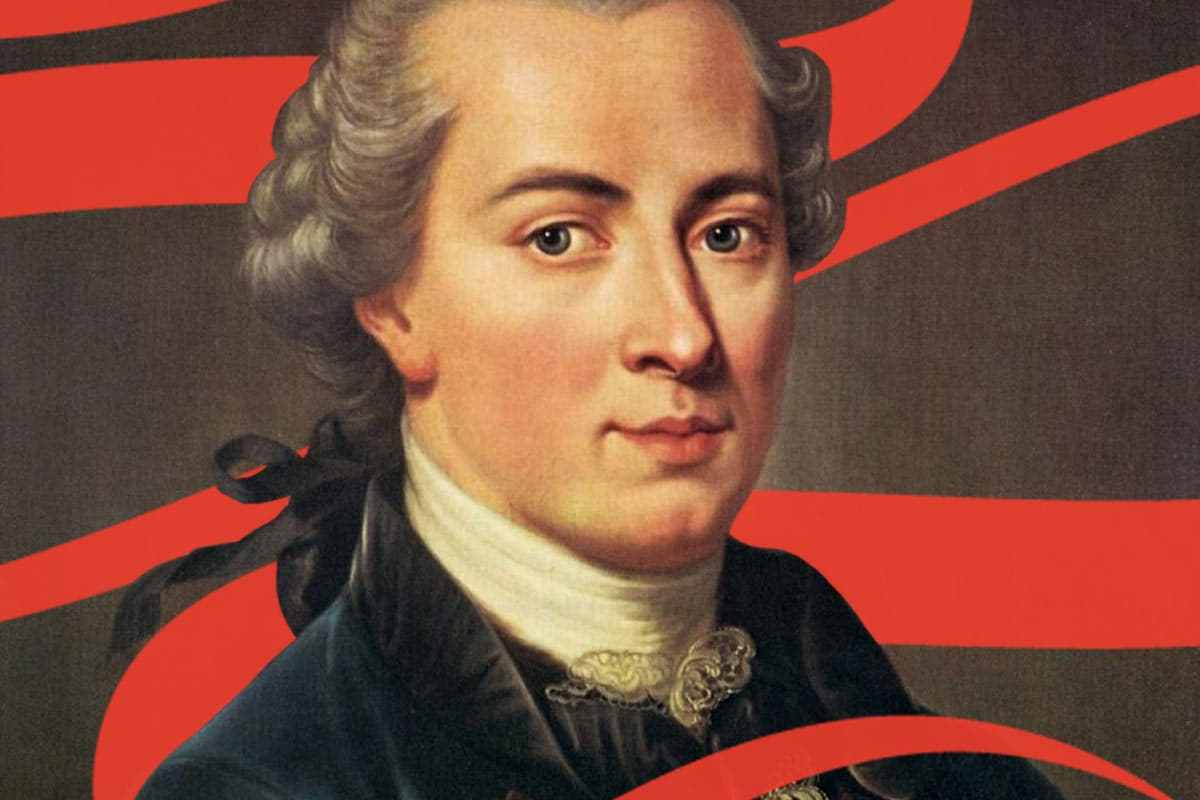 I like David Guignion’s channel, and I’ve been taking in several perspectives on Kant’s article, ‘What is Enlightenment?‘

Feel free to watch from the start, but I’ve cued it to the place where David shares my thoughts around Agency. He brings up the point that absent official authority such as a political or religious structure, we are still influenced—subconsciously—to some degree by mass media and culture. These are the embodied norms and customs that most people just take for granted without question.

As David suggests, we can’t just slough off this inherited skin. First, because we do not even question it, and, two, it’s ingrained, one would likely deny the influence or be subject to escalating commitment under so-called critical inspection.

This is akin to asking a person of a certain religious persuasion if they would have the same religious beliefs if they had not been indoctrinated with them. I feel that a vast majority would defend their religion and the underlying or resultant morality as being obvious, so at the very least they are kept in the lane with guide rails. The extent of this influence and the degree it subtracts from autonomy is my question. I believe if pressed, the individual would defend the prescribed morality to be self-evident and they would have acted the same way even without religious instruction.

Being critical of freedom, liberty, and autonomy is likely to make one the subject of scorn and derision. Most people tend to feel these things are self-evident attributes and goals, but they are all simply rhetorical functions. I was reading a passage in Mills’ On Liberty, where he posits

That the only purpose for which power can be rightfully exercised over any member of a civilized community, against his will, is to prevent harm to others. His own good, either physical or moral, is not a sufficient warrant … Over himself, over his body and mind, the individual is sovereign.

It should come as no surprise that I question a position adopted by the Enlightenment Age. These geezers posited that many things were self-evident, but all of this is self-serving magical thinking, and there is no reason to have truck with any of it. These are all normative claims being dressed as positive, non-normative, ones, hoping to skirt scrutiny by employing a position of self-evidence.

I am generally critical of any notions of identity and self from the start, so affixing some attribute of power to it seems just silly.

It seems that I again am distilling this notion to a power equation. As a person, I want to claim power, if anything, over my self however that might be defined. And though, I would like this, too, it is nothing more than some emotional reaction.

Without delving into the depths of autonomy quite yet, on a proverbial desert island—as necessarily the case with any social constructs, where these notions are meaningless without a social context—adding a second person creates friction. Person A seemed to have full autonomy on this island—notwithstanding the other life forms on this island that are somehow never granted autonomy—now has had this autonomy reduced by the presence of Person B.

Firstly, Person A may have claimed this island to be their own. Given this, Person B is infringing on this autonomous decision, having arrived sequentially. Is Person B tresspassing? Does their presence harm Person B, be limiting their autonomy however slightly?

Mills’ concept is one of no harm: one is free to do what one chooses as so long as it doesn’t harm another. Accordingly, it says one is free to harm one’s self—essentially treating the self, the corpus, as personal property. Just as one could damage a piece of personal furniture, one could damage themself. I am not sure if Mills intend this to extend to suicide, but that’s not an important distinction here, so I’ll move on.

Let’s return to Person A on the island—only Person A is a woman and Person B is a fetus. What rights and autonomy does Person B now possess? For some, it has full autonomy; full personhood. Still, Person B is ostensibly trespassing, so does this autonomy even matter if it exists?

If you are Person X and own a house, and I, as Person Y, enter into it, how does this differ from A and B? Can you justify disallowing Person Y from exercising autonomy whilst supporting Person B? I don’t want to make this about abortion, so I’ll keep stop here. 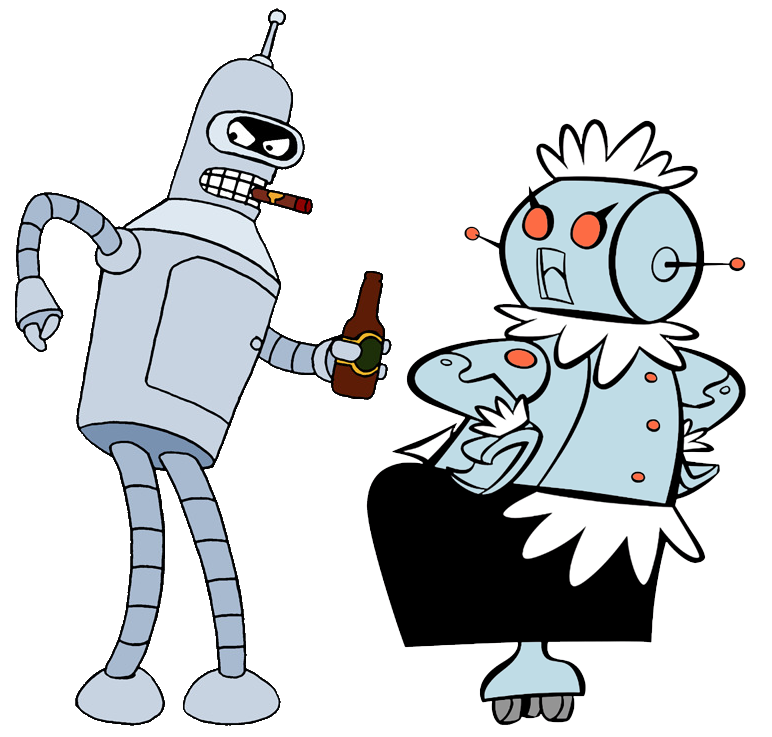 What’s an anarcho-syndicalist supposed to do in the advent of artificial intelligence, process automation, and robots?

Anarcho-syndicalism (also referred to as revolutionary syndicalism)[1] is a theory of anarchism that views revolutionary industrial unionism or syndicalism as a method for workers in capitalist society to gain control of an economy and thus control influence in broader society. Syndicalists consider their economic theories a strategy for facilitating worker self-activity and as an alternative co-operative economic system with democratic values and production centered on meeting human needs.

The basic principles of anarcho-syndicalism are solidarity, direct action (action undertaken without the intervention of third parties such as politicians, bureaucrats and arbitrators) and direct democracy, or workers’ self-management. The end goal of syndicalism is to abolish the wage system, regarding it as wage slavery. Anarcho-syndicalist theory therefore generally focuses on the labour movement.[2]

Anarcho-syndicalists view the primary purpose of the state as being the defense of private property, and therefore of economic, social and political privilege, denying most of its citizens the ability to enjoy material independence and the social autonomy that springs from it.[3] Reflecting the anarchist philosophy from which it draws its primary inspiration, anarcho-syndicalism is centred on the idea that power corrupts and that any hierarchy that cannot be ethically justified must either be dismantled or replaced by decentralized egalitarian control.[3]

As a matter of preference, I’ve leaned toward anarcho-syndicalism. I don’t have a lot of faith in humans or humanity to govern or self-govern. The arguments for this, whether monarchies, democracies, plutocracies, or even anarchies are each rife with its own sets of problems. Still, I favour a system where there is no class of governors, though I am more of a fan of Proudhon over Marx.

Mind you, I don’t think humans make very good judgements and are as bad in groups as individuals but for different reasons—and especially where complexity or too many choices are available. That we’ve survived this long is, quite frankly, a miracle.

This said, it isn’t my problem. My contention is with the syndicalist aspect. If all of this human as worker displacement occurs as some are forecasting, there will be precious few workers. I am not saying that this is inevitable or will ever happen. My concern is merely conditional. If this were to happen, the idea of a worker-centric system is daft.

Do we just defer to people categorically, where we arrive at simple anarchism? Without delving, there are different flavours of, and I have neither the time nor the inclination to debate, for example, the merits of anarco-capitalism (an oxymoron if there ever was one) versus anarcho-communism or anarcho-transhumanism for that matter.

Although, I like how Kant identified four kinds of government…

…the whole notion of freedom is another weasel word, and laws without force are unenforceable—pun intended. At least the syndicalism felt like it was intentional or purposeful. I understand why Plato despised the rabble, but as with the sorites paradox in the heap-hill distinction, where to the rabble distil down to something meaningful?

Freedom is just another weasel word undergirding many post-Enlightenment constitutions. In this metanarrative, Man needs freedom. It’s another inalienable right.

Karl Marx wrote something along the lines that ‘religion is the opiate of the masses’, Die Religion … ist das Opium des Volkes. He was correct, but the masses have more than one drug of choice. Freedom, independence, identity, sovereignty, and a plethora of others.

Freedom is mind candy for the feeble-minded, a silly remnant of anachronistic Age of Enlightenment. To believe in freedom is to believe in Santa Claus, gods, and unicorns. I’ve got a bridge for sale in Brooklyn.