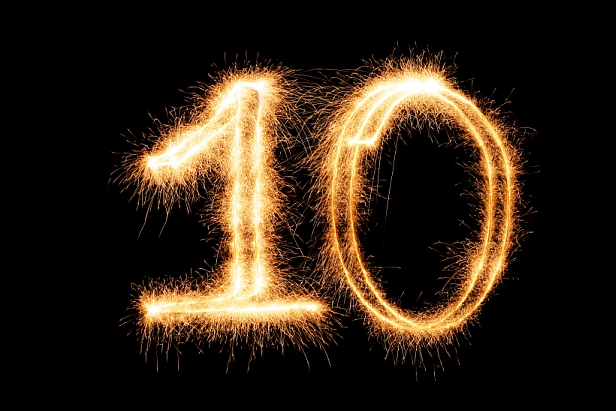 Given my last post, it had me reflecting on some women who’ve influenced me—especially my thinking and worldview. Unlike Mitt Romney, I don’t have binders full of women.

Beauvoir is brilliant. I consider her to be the first feminist. The women before her, I rather consider being proto-feminists. I was immediately gripped when I read her book, The Second Sex, and her idea that women are not born that way, and it’s not even a simple ageing-maturity function. It’s a performative role.

Addendum: Perhaps not as famous, she’s at least as apt as Sartre as an Existentialist philosopher. I still have a fondness for Existentialism in the same way I like Pragmatism. Although life has no inherent meaning, if making one up gets you through your life, by all means, conjure up a meaning.

Butler taught me the perspective of gender expression and performativism. Whilst Beauvoir was more describing gender as a role, Butler extends the notion to that of performative speech acts, which is to adopt the identity and declare, I am a woman.

This was my undergraduate Critical Writing professor. All but one of the assignments were by female authors. And the only male author was for an assignment to critique, compare, and contrast articles by Gloria Steinham and Thorstein Veblen. I don’t remember Steinham’s article (though I recall coming down hard on her for citing sources that did not tie back to her position). Veblen’s work was Conspicuous Consumption, an essay from The Theory of the Leisure Class: An Economic Study of Institutions, which is worth the read even today.

To be completely honest, I’m not sure I’ve quite remembered her name. I believe it’s her name, but I’m not great with names. As evidence, I turned in a final essay for one of my undergraduate English Literature courses. His trip was American fiction authors and interpreting literature by understanding the life and time and place of the author—clearly not into Barthes or Derrida. In this case, on the cover page, I had typed the course name and Professor David Grace (or some such). It was returned by post a week or so later with two remarks. The first: ‘I’ll miss your sardonic humour‘; the second: My name is whatever it was [sorry again], not David Grace. I’m pretty sure Professor was one of my maths professors, but don’t hold me to that. As far as I know, not-David doesn’t identify as a woman, but I do recall spending time on Edgar Allen Poe (also not a woman) and Donald Barthelme (still not a woman), the Postmodern Absurdist, who at fate would have it, died a couple of months after I graduated.

Thobani’s post-colonial feminism is a newer influence, but she really drives home the point that the Western perspective is privileged and intervention in other cultures to ‘save the women’ from oppression is imposing the privileged perspective in a colonial manner.

I was inspired by her work showcasing that coöperation prevails over tired competitive models. She was also the first woman to receive a Nobel Prize for economics just before her death.

Before Handmaid’s Tale was a Hulu series, it was a book. When I read this genre-establishing speculative fiction in the 1980s, I took notice. That it remains relevant is cause for trepidation.

Le Guin’s story, The Ones Who Walk Away from Omelas, truly unveils the Utilitarian, Consequentialist narrative of the greater good. This is more speculative fiction in the domain of Margaret Atwood, but Le Guin’s domain is typically science fiction. As often as I’ve tried, science fiction narratives don’t typically resonate with me, so I haven’t engaged her longer works. But the impact this had and continues to have on me should suffice.

I believe I was introduced to Alexina through Michel Foucault. It helps to shine a spotlight on how arbitrary identity really is. Perhaps not capricious, but definitely arbitrary. A few years back, I even created a short video that, as I recall, commenced my YouTube channel.

I had originally intended to make this a post on the positive influences of women, but as I was searching my memories, a couple of reprehensible influences came to mind. Thatcher topped that list.

In the US, Liberals and we Leftists demonise Ronald Reagan for being the beginning of the end of cordial US politics. Whilst this is true to a point, Thatcher predates Reagan’s destructive national policies by a couple of years. If not for the path she paved, we may never have taken it. Granted, the Clintons made sure to drive nails into the bipartisan coffin to seal the pact, and perhaps Thatcher and Reagan were just symptoms, not causes, in the manner that Johnson, Trump, and Biden are more expressions and conduits than catalysts…or at least generators.

In any case, she’s left a lot of destruction in her wake.

Rand is another woman I love to hate. Her so-called Objectivism has given permission to so many looking for an excuse or justification for their assholery.

To be fair, when I read Atlas Shrugged as an impressionable youth, I was taken in. I decided to read it after having heard her speak in an interview. I fell into her storyline without critical examination. I even tried to adopt it as a frame or lens. And then I read Fountainhead, which added nothing.

Fast-forward to the late ’90s, I was reevaluating my vantage and perspectives, so I decided to re-engage Atlas Shrugged as an audiobook. It was embarrassingly bad writing with 1-dimensional characters, which is appropriate because 1-dimensional people adopt this worldview. Apologies for the ad hominem, but I include myself in this cohort. I hope I’ve actually come to evolve additional dimensions rather than simply swap them, but Rand is a hack writer who had helped make the world a more toxic place to live. Not a fan.

I named my second daughter Sophie Germain Surname, hoping it would be aspirational. Although it wasn’t, she is still proud to point out her legacy.

More Women, But No

I could laundry-list a bunch of women I am aware of, but I can’t really claim they influenced me in a way I can grasp, so I won’t bother.