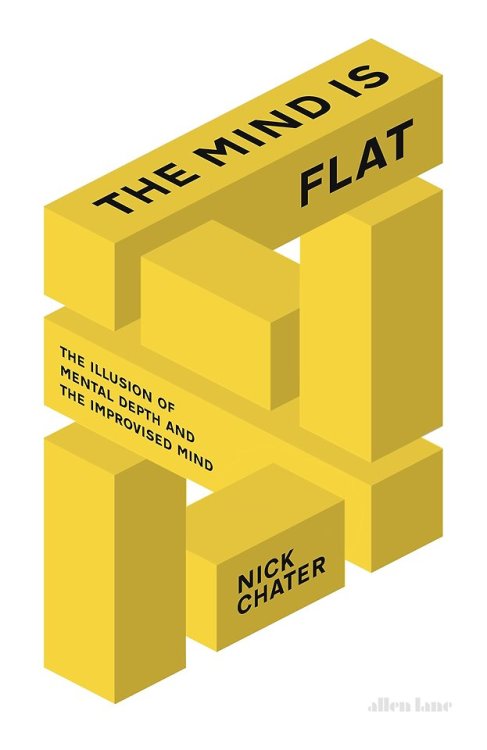 So, given the wide gap between the last post and this, it may be apparent that I’ve been otherwise occupied. I’ve been a bit distracted, but, among other things, I’ve just commenced reading The Mind Is Flat by Nick Chater.

Although this is more about the pseudoscience that is psychology, there is a bit of a philosophical, subjectivist undertone, and I find the political and jurisprudent implications interesting.

Of course, this perspective is right up my street: There is no there there, and this is where it becomes problematic: in the US anyway, much of law is based on the concept intent and motives—and the underlying belief that these can be sussed out. But in reality, as it were, it’s not much more than rhetoric obfuscated with smoke and mirrors.

Our ‘computational innards’ are not a churning sea of experiences, feelings, beliefs, desires, hopes and fears, whether conscious or unconscious. Our mind spins stories about how we work – driven by motives, beliefs, percepts, moral norms, religious precepts. And they are such compelling stories that we can imagine that they are true, or partially true, or surely at least along the right general lines.

From the perspective of evolution, humans are storytellers.  More to the point, humans are storylisteners, and they are influenced by compelling narratives. These narratives range from a sense of identity to the yarn about history and progress. As Foucault might have noted, people in positions of power leverage these narratives and spin their own in order to maintain their advantage.

In practice, humans are mere parsing machines. Their brains may not work precisely like a computer, but practically, the brain is an interpreter and it generates ‘consciousness’ based on experiences and sense data. Input a new narrative and the brain will interpret it in context with other experiences—or as Chater puts it, ‘motives, beliefs, percepts, moral norms, religious precepts’.

Marketers, politicians, and other hucksters use this to their every advantage.

Well, enough typing for the moment. Back to reading…